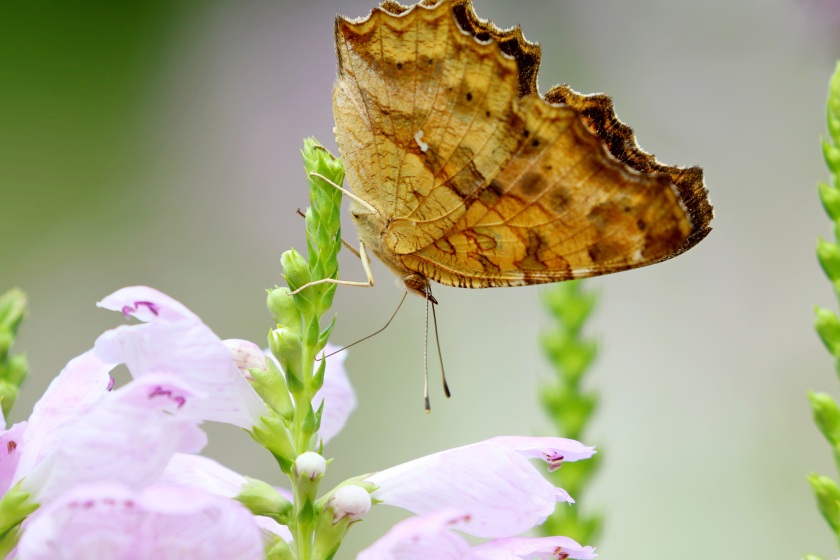 A few days ago, I was involved in a discussion on Facebook about the irritations of learning comma usage in English. I shared my comma quiz, and promised to write more about commas for advanced learners. In fulfilment of that promise, here’s a guide to various situations where commas are necessary or unnecessary.

I’ve tried to keep explanations to a minimum, and I hope that the examples will show you all that you need to know. However, if anything is unclear, please do ask questions or leave comments.

Also, you could practise these rules by writing your own example sentences. I’ll be checking the comments box all week and leaving feedback if needed.

Before we start, a couple of notes:

1. Comments at the start of a sentence are followed by a comma.

These include sentence-level adverbs, adverbial phrases, conditionals starting with if, and other types of subsidiary clause that add more information to the sentence.

Apparently, the town council are looking to replace the bus shelter on High Street.

Interestingly, only 25% of respondents in our survey were in the 20-39 age range.

According to an unnamed source, there has been dismay within government circles at the Prime Minister’s announcement.

Although it was built only last year, the battleship has already been taken out of service three times for repairs.

Before putting the dishes away, he checks that they are dry.

If it rains tomorrow, we plan to replace the barbecue with sandwiches indoors.

In the event of rain, we will hold the event indoors.

Unless we hear otherwise by 5pm on Friday, we will assume you are not intending to accept the contract.

2. If-clauses at the end of a sentence don’t require a comma.

However, in longer and more complex sentences, it is fine to use a comma.

We will hold the event indoors if it rains tomorrow.

Many sectors of the economy would be in a much better position now if successive governments had acted sooner to control inflation.

Many sectors of the economy would be in a much better position now, with fewer redundancies overall and even the possibility of new jobs in certain sectors, if successive governments had acted sooner to control inflation.

3. When quoting indirectly, don’t use a comma. The same applies to describing thoughts or beliefs.

You said you weren’t coming.

I thought you weren’t coming.

He suggested we go for a walk.

I felt you were implying I am unprofessional.

A spokesperson for the company denied that redundancies were being considered but declined to appear on camera.

In former times, it was widely believed that supernatural beings were responsible for illnesses.

4. That-clauses don’t use a comma.

I thought that you weren’t coming.

It was not obvious to many citizens at that time that revolution was imminent.

The dishes that the Empress commissioned in 1888 were recently rediscovered in an obscure provincial museum.

That you have not read the book is obvious.

Corporations which operate elaborate schemes to avoid paying taxes should be prevented from operating in this country.

Mazona, which operates elaborate schemes to avoid paying taxes, should be prevented from operating on this planet.

The place that I would most like to visit for a second time is Corsica.

Corsica, which I would dearly love to visit for a second time, is the birthplace of some of my ancestors.

I just realised that the man who asked you for directions yesterday is that murderer they’re saying escaped from prison!

The escapee, who was seen asking a notable punctuation expert for directions yesterday, is believed to be hiding inside Mazona’s headquarters in Corsica.

That guy standing over there is my neighbour.

The taxes paid by certain multinational corporations are far less than they should be.

The man found hiding inside Mazona’s Corsica headquarters is thought to be the same man who escaped from prison two days ago.

7. Comment clauses with which tend to be non-restrictive, so need commas.

We went to Paris, which was beautiful, and Amsterdam, which wasn’t.

The email stated that he had won a million pounds, which he found unbelievable at first.

Several delegates to the conference suggested that pineapples should be considered a suitable topping for a pizza, which caused outrage and led to a brief physical confrontation between leaders of the various factions.

Note that not all which-clauses are non-restrictive, even when they appear to be making a comment:

In your article, you make a number of statements which I cannot support.

In your article, you make a number of factual errors, which I must correct.

This is a genuine comment clause: which I must correct refers to all of the factual errors in the article.

8. Other comment clauses at the end of a sentence also need a comma, but only if they’re genuinely commenting and not integral to the sentence.

Her new boyfriend is Russian, apparently.

After the new laws took effect, revolutionary fervour abated and stable government became the norm, at least until the oil crisis of 1973.

Again, there are a few complicated situations where we have to decide what’s a comment and what’s not a comment. Sometimes, the comma can even slightly change the meaning:

He checks that the dishes are dry before putting them away.

Here, I’ve omitted the comma, making before putting them away into an integral part of the action in the sentence. This emphasises before and highlights the person’s attention to detail.

He checks that the dishes are dry, before putting them away.

The comma here changes the sentence into a sequence of actions: he does this, then he does that.

Fighting between various rebel factions continued to disturb the northern regions until the peace accord of October 1993 ushered in a period of calm.

Fighting between various rebel factions continued to disturb the northern regions, until the peace accord of October 1993 ushered in a period of calm.

The first sentence emphasises the continuation of the fighting until 1993, whereas the second sentence highlights the contrast between disturbance and calm. In this case, the question of whether to add a comma or not is very much dependent on the author’s intention.

9. Cleft sentences (starting with it/ what/ all) don’t take a comma.

What we need is a new way of working.

It was for a banquet in 1888 that the Empress commissioned these dishes.

All that was needed in order to precipitate a revolution was one misstep by the government of the time, and this was provided in a disastrous decision by the justice minister.

10. Comments in the middle of a sentence should have a comma before and a comma after, if commas would help with clarity.

One-word comments (usually adverbs) are fine with no commas:

Her new boyfriend is apparently Russian.

I would actually dispute the scientific consensus on this issue.

Longer phrases or comment clauses do need commas, so that they don’t get tangled up, in the reader’s mind, with the main clauses of the sentence:

There is, or so it is widely believed, a haunted forest behind the village.

We will assume, unless we hear otherwise, that they do not wish to accept the contract.

This will be the last time, according to some reports, that the Prime Minister goes on an official visit overseas before calling an early election.

He checks, before putting the dishes away, that they are dry.

Note that this rule ‘wins’ against any other rule that says a comma isn’t required. For instance, in the last three sentences here, we have a comma before a that-clause.

11. Appositives (comments giving more information about nouns) need a comma before and after.

Still working as a bus driver, Bill Barnes is 93 years old and says he has no plans to retire.

Bill was born in Cambridge, England, in August 1914, the same month that war broke out in Europe.

Corsica, an island in the Mediterranean, is at the top of my list of places to visit.

Multinationals, large businesses which operate in multiple countries, are notorious for avoiding taxes.

One of the most egregious tax avoiders, Mazona, is thought to be considering relocating its operations into space in order to avoid tax obligations on Earth.

However, it’s not correct to use commas if the ‘extra’ information is actually necessary to the meaning of the sentence:

We saw a painting by the Dutch artist Vermeer and two by his contemporary Pieter de Hooch.

There have been many Dutch artists, so Vermeer is necessary information here. Therefore, there is no comma before his name. Similarly, Vermeer had many contemporaries, so Pieter de Hooch is also necessary info.

It’s possible to rephrase this sentence in such a way that we can add commas:

We saw a painting by a Dutch artist, Vermeer, and two by his contemporary Pieter de Hooch.

We saw a painting by a Dutch artist, Vermeer, and two by a contemporary of his, Pieter de Hooch.

12. Conditional type sentences with other words than if are a bit more tricky.

Conditionals with were and should should take a comma, for the sake of clarity. This is a matter of style and not a rule: these are very formal conditionals, so tend to appear in longer or more complicated sentences.

Were you to cancel your contract at this time, there would be a charge of $42.00.

We would consider working with you again in future, were you to offer an assurance that there will be no repeat of this type of incident.

Should you wish to avail yourself of this opportunity, please contact us at your earliest convenience.

Please contact us at your earliest convenience, should you wish to avail yourself of this opportunity.

Conditionals with had are less formal, but still I would recommend using a comma to make it easier for the reader to understand:

Had you told me he was your husband, I wouldn’t have said what I said about him.

Bill’s career might have turned out differently, had he passed his pilot’s exam.

Whether and whether or not can take commas or not, depending on whether they’re used like a conditional or in some other way:

Whether or not governments tackle the issue of climate change, it is likely to dominate politics in most wealthy countries for years to come. [conditional-type]

We need to update our software, whether it is expensive or not. [conditional-type]

I’m not drinking today, whether you bring wine, beer or anything else. [conditional-type]

Whether another Democrat could have beaten Donald Trump in 2016 is a much-debated question. [subject]

Could I inquire as to whether you received our order? [indirect question]

We need to discuss whether we invest in this software or not. [object]

Now, we’re getting rather into complicated grammar, not to mention matters of style. I’d better stop here, or else we might be in danger of covering really awkward ones like direct quotations…

However, do feel free to fill the comments box with opinions/ questions/ debates/ further examples!